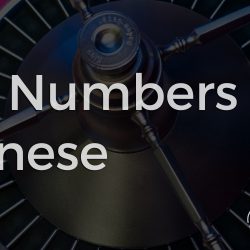 What Is Your Lucky Number In Chinese In Western countries, due to the religious reason, 7 is a ubiquitous lucky number which many believe that it is associated with creationism. But some numbers have been thought to be lucky, while others are considered unlucky. So, does 7 be thought as lucky in Chinese culture, too?[…]