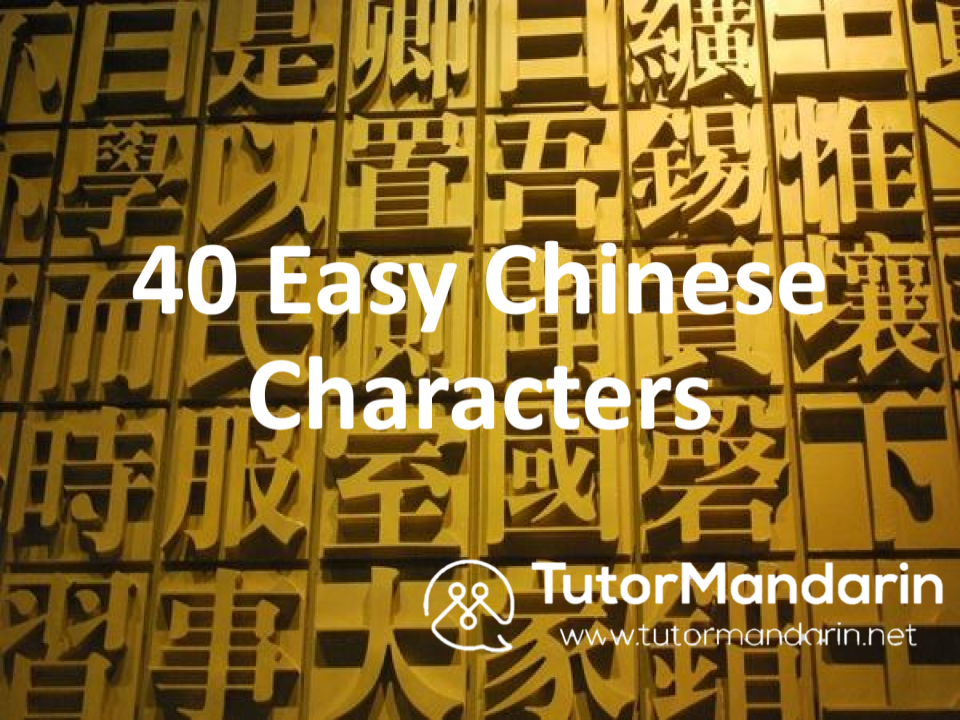 When my non-Chinese-speaker friends saw me writing my diary in Mandarin, they always gasped and thought that I was writing some kind of mysterious and complicated code. Chinese characters, or Hànzì, seem to be one of the hardest parts for many Chinese learners since the complicated strokes and appearances, which are so not easy to learn.

There are more than 85000 Chinese characters in the collection, according to Zhonghua Zihai (中华字海), the Chinese character dictionary published in 1994. However, only those are officially classified in six-fold classification (liùshū, 六书) are “effective” Chinese characters, simply put, only about 13000 words, among which 2500 to 3000 words are enough for daily work or reading.

Let’s start with numbers. Number one to ten in Chinese can be the very first ten words you learn in Chinese characters, and luckily ten of them are all easy to write, none of them are more than five strokes. The rules are pretty simple to combine them to become new numbers.

How to say day, month, and year in Chinese

Now, If you want to describe what day or date is it with numbers, you need Chinese words for “year”, “month”, and “day”.

If you try to say the date, which includes year, month, and day, you will say:

Unlike English, the months in Chinese have no any new words, the rule is just combining the number to “month” (月, yuè ). For example, January = 一月(Yī yuè); February = 二月(èr yuè); March = 三月(sān yuè); November = 十一月(shíyī yuè), and December = 十二月.(shí’èr yuè). By the way, days of the week in Chinese have the same rules as months’, the word for “week” is 星期 (Xīngqí), so Monday = 星期一, Wednesday = 星期三, etc, must notice that “Sunday” is a special one, Sunday is not 星期七 but instead 星期日(Xīngqírì) or 星期天 (Xīngqítiān).

How to ask for directions in Chinese

Chinese characters for location and directions have some easy words as well:

The Chinese word for “up” (上，Shàng) and “down”(下，xià) are classified in ideograms in six-fold classification, in which the words comes from an abstract concept like location.

How to say the elements in Chinese

The five elements, also known as The Wu Xing (五行，Wǔ Xíng) are ancient Chinese and Taoism philosophy, which can be used on fortune-telling, explaining the phenomena on someone’s conditions, destiny, health, etc, and how the five elements affect each other. The Wu Xing include “metal”, “wood”, “water”, “fire”, and “earth”.

Similarly, All of these five characters are pictograms in six-fold classification, in which words are originated from concrete images. The following pictures are the images that Wu Xing are developed from, and the colorful picture for more pictograms-category Chinese characters. Hope it’s much easier for you to remember the words. 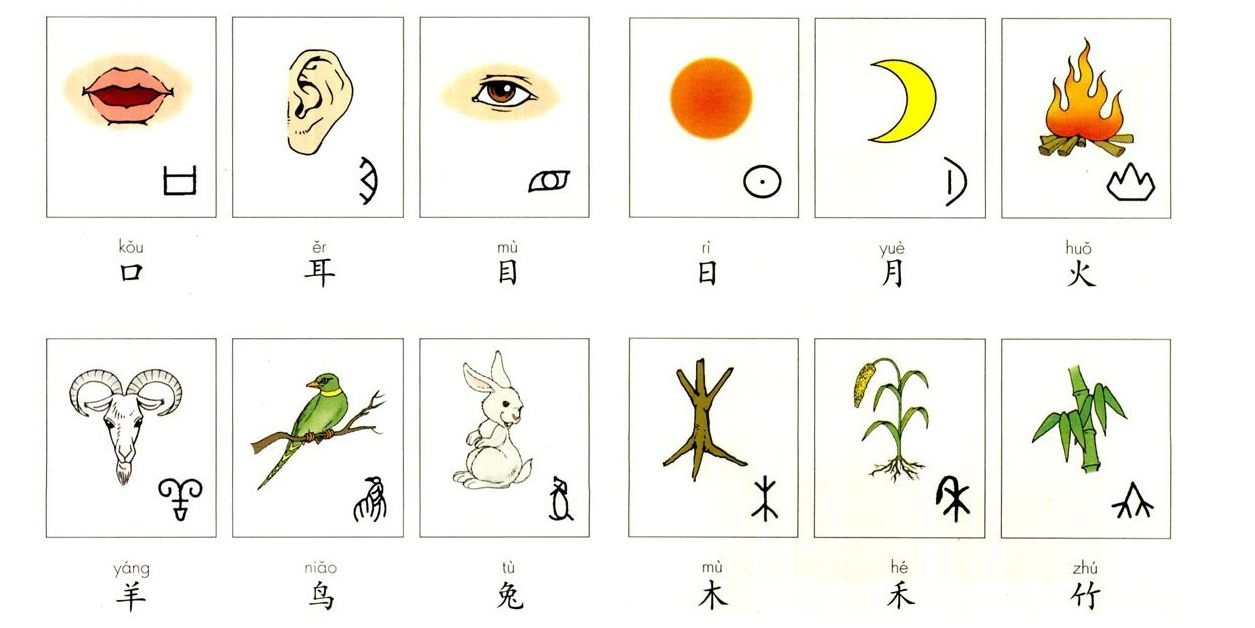 How to describe people in Chinese

One of the most simple and commonly used words in Chinese characters,  people (人，Rén) is one of the pictograms characters, and words such as “sky”(天，Tiān)、 “husband”(夫，fū)、 “big” (大，dà) look similar to 人, so you can remember them all together.

天 (Tiān) has two more strokes on 人 (Rén), imagine: the upper space of a person, the sky, right? Furthermore, 夫 (fū) looks “taller” than 天(Tiān). In ancient China, men were considered to be prior to women, and thus to the wives, husbands had high status, even higher than the sky, makes sense, right?

“people”:    人 (Rén) – also one of the radicle in Chinese characters “亻”，characters with this radicle usually have something to do with “people”, for example, “you”(你，Nǐ)、 “he” (他，Tā).

Notice there’s a 王 (wáng) on the tiger’s forehead? In Chinese culture, tigers are considered most powerful among animals, as known as “King of the Hundred Animals”. In modern Chinese, 王 (wáng)  can be added to a noun, meaning that someone is a professional in that field, for example, the childhood Japanese cartoon and manga series “Hikaru no Go“, Chinese translation as 棋灵王 (Qí líng wáng), meaning an expert in Go game. 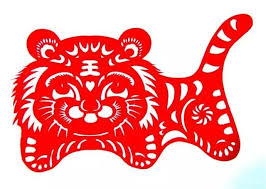 speaking of nature, there are sky, land, mountain, forest, river, and so on. Here are some of the easy characters.

We’ve learned 木 (mù) as “wood” or “tree”, then it’s not hard to imagine that many trees become a “forest”, the double 木 becomes 林(lín). In Chinese, the noun for “forest” is 森林 (Sēnlín), see there’re more trees? 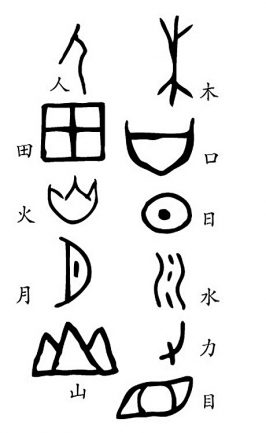 Again, many body parts in Chinese have a lot to do with pictograms.

These are some of the easy Chinese characters that are recommended for beginners looking to learn Mandarin, with images and most important, few strokes, can help you understand Chinese words with visual memorizing approaches as well as build up basic ideas for Chinese characters.

Chinese language learning can be a long journey, start your journey right now by signing up for a free trial class to learn Mandarin online and read more of our blog about the Chinese language.