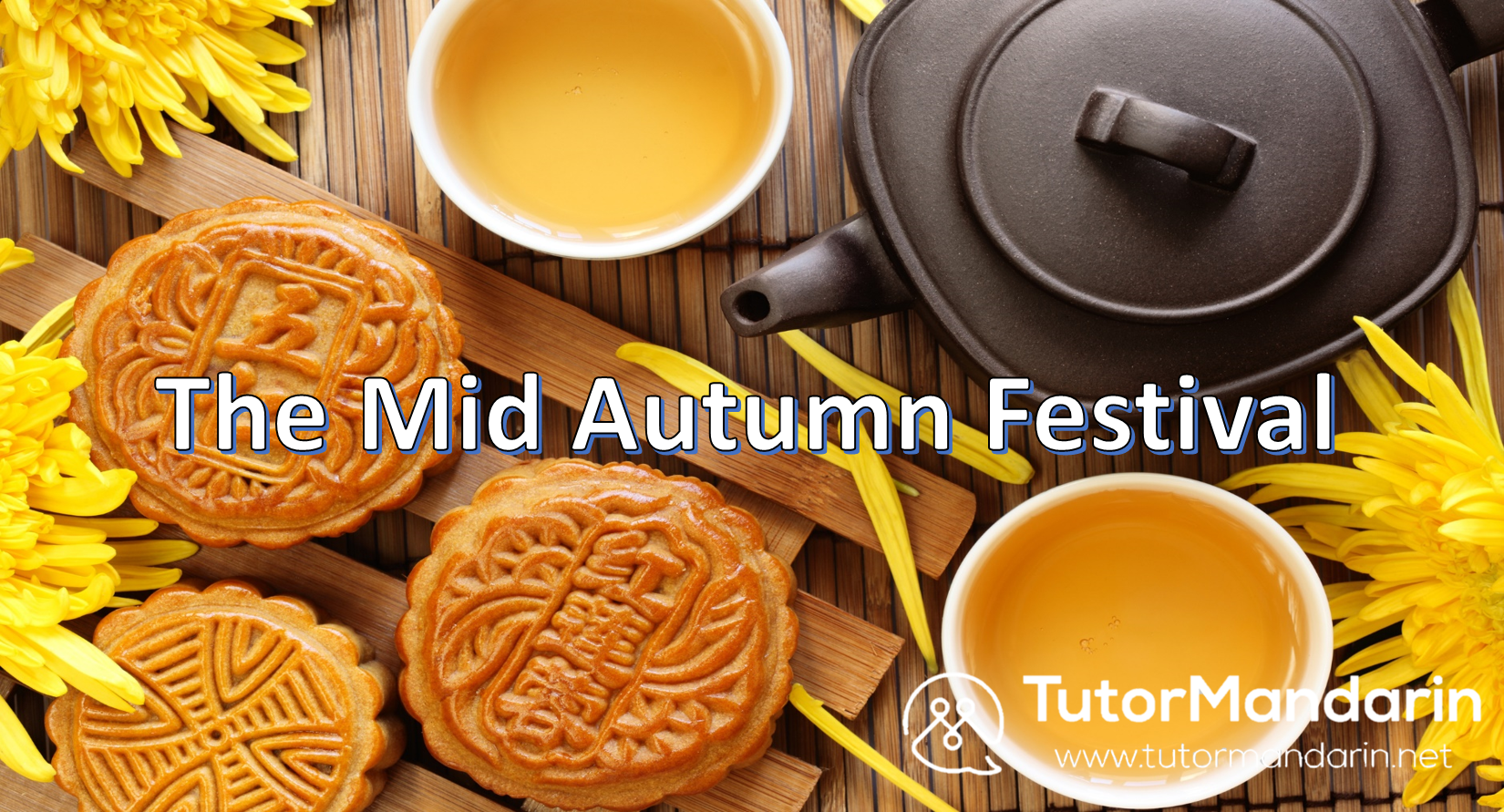 Chinese mid-autumn festival (中秋节, Zhōngqiū jié) is the second biggest festival a the Chinese New Year. It is held on the 15th of August according to the Chinese Lunar calendar. Lasting 3 to 7 days, depending on the year and where it falls in the calendar. In China and the surrounding regions, people get a day off for the festival if it falls on weekdays. Other countries have different ways of celebrating that that may not grant a festival day. There are many legends behind the Mid-Autumn festival but the most popular one is surrounded by romance, sacrifice, and honor. 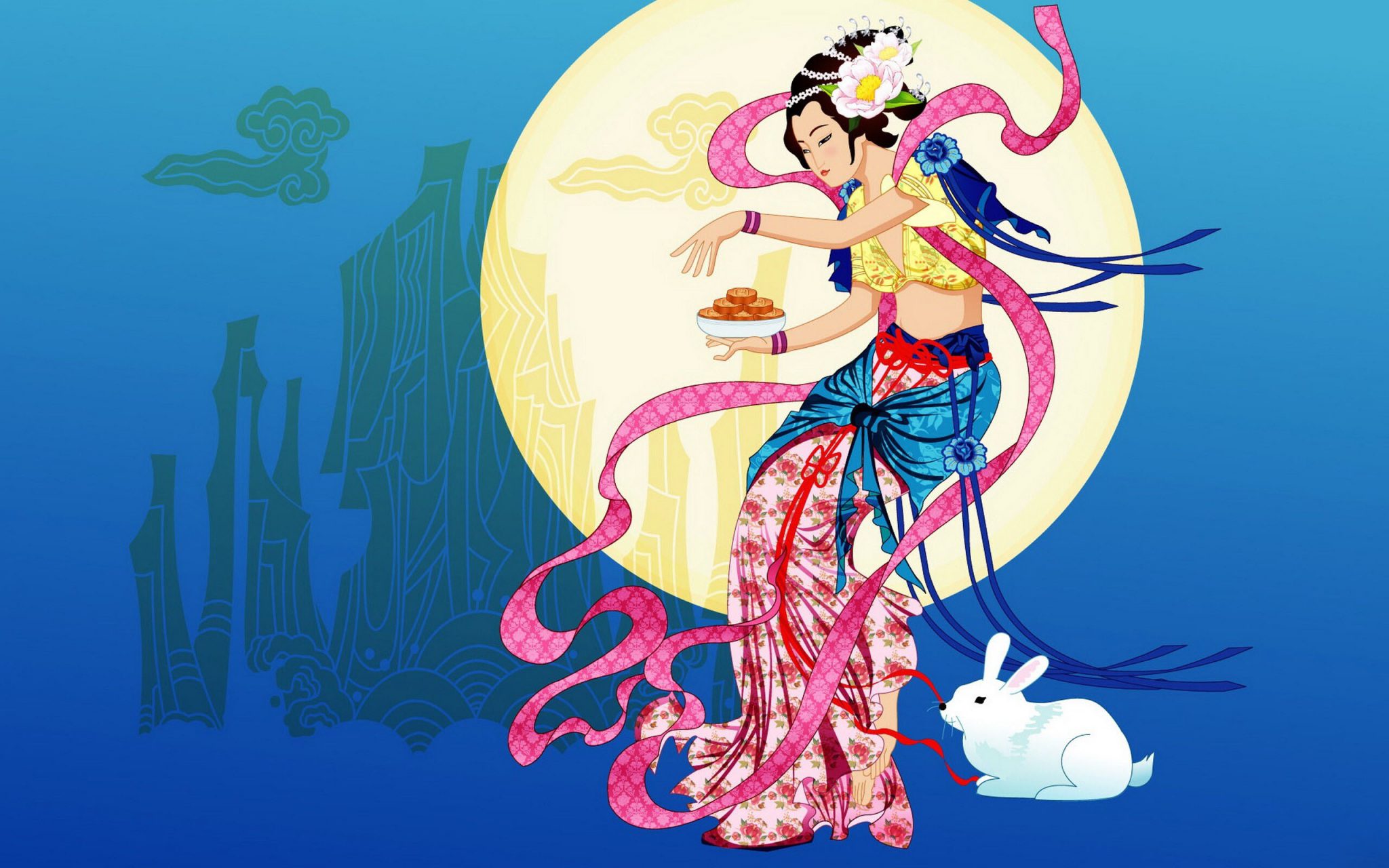 The story is beautiful, romantic and inspirational. It starts with a young woman named Chang E (嫦娥, Cháng’é). She was an immortal who was cast down to earth to live in a poor farm family. At that time, there were 10 suns in the sky that kept getting hotter and hotter. Chang E became friends with a young hunter from the village named Hou Yi. Chang E convinced the young hunter that he was the strongest and bravest archer around so that he would shot down 9 of the 10 suns in order to save his village.

After doing so, the two married and became king and queen. Obsessed with immortality, Hou Yi ordered to concoct an elixir. It was a pill and Chang E swallowed it either accidentally or purposefully and fled. Her angry husband attempted to shoot her down as she floated to the moon where she stayed and lived the rest of her life. She is also the Goddess of the Moon. She and her husband, Hou Yi are also part of the reason for the Ying and Yang of Chinese culture facts because her husband eventually settled into life on the sun.

There’s another version of the story that Hou Yi didn’t go astray after he became a king. And Hou Yi asked for the elixir because he wanted to live with his beloved wife Chang E forever. In fact, when Chinese children are told the stories about Hou Yi, most of them heard of “Hou Yi is a good man who loves his wife so much” version. There are a total of four famous myths about Chinese mid-autumn festival that Chinese children have heard since they are little, including the story of Hou Yi, Chang E, Jade Rabbit and Wu Gang chopping the tree. Read complete four stories in Chinese Mid-Autumn Festival Myths and The Meaning Behind them. 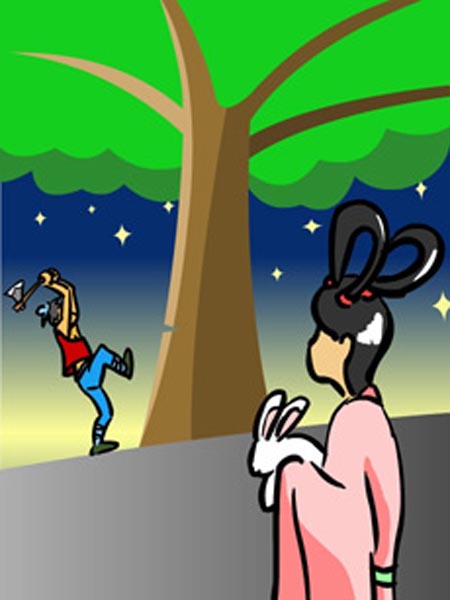 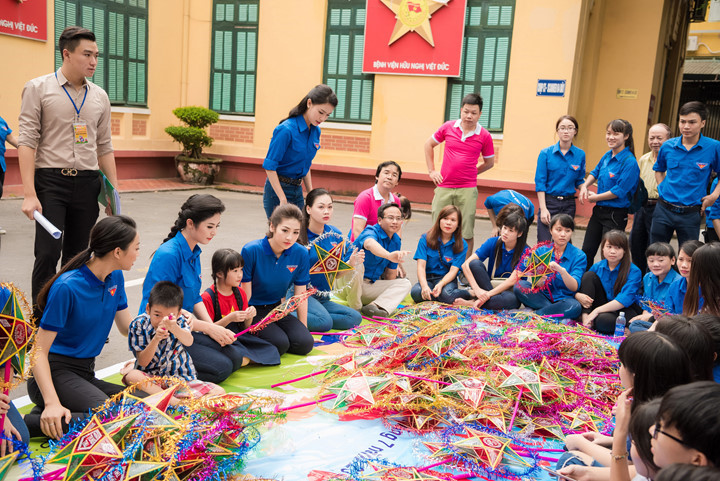 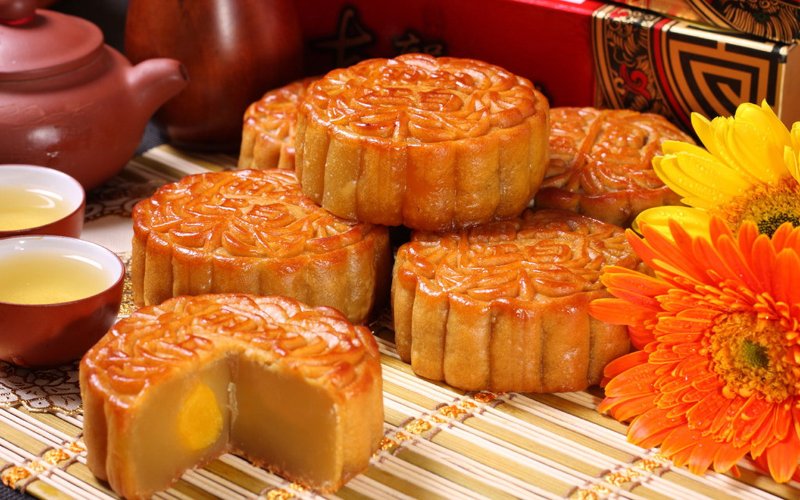 Traditions no matter what country you are from or celebrating in are important to the culture and understanding of a people from different ethnic backgrounds. Following in the Chinese tradition for the Mid-Autumn festival, the major offerings for the sacrificial ceremony are mooncakes. Eating and sacrificing moon cakes tradition started during the Yuan Dynasty. (1271 – 1368 AD) It started as a way to pass messages or notes between leaders and subordinates. They passed out the mooncakes with the messages inside as gifts during the mid-autumn festival. And thus, the tradition began of gift giving and mooncakes. In addition, the more popular mooncake tradition, each region or area that celebrates the festival, hold their own special tradition. For example; 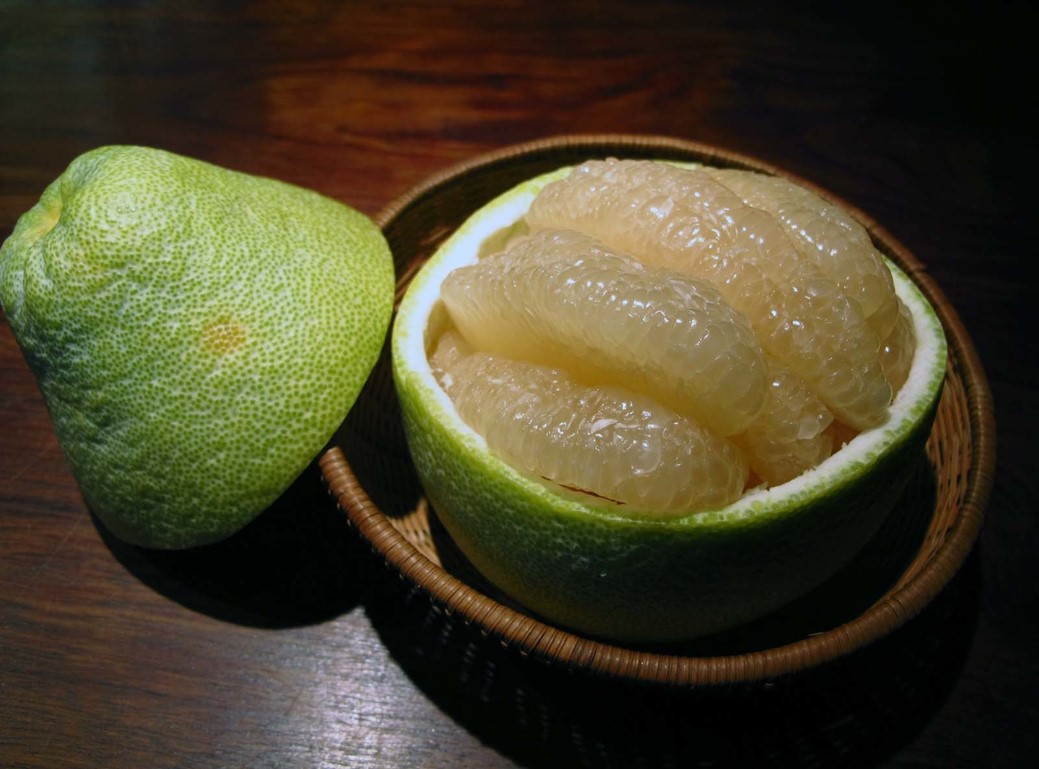 Pomelo is an iconic fruit for the mid-autumn festival in Taiwan. 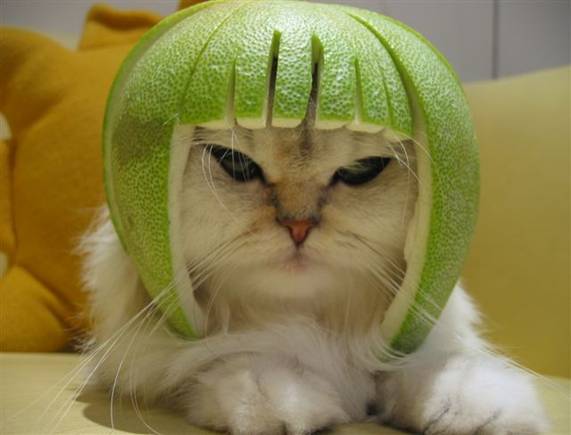 Make your children (or pet) a new hat with the skin of pomelo on the mid-autumn festival!

Attending the Mid-Autumn festival will bring a plethora of tradition and activities that are sure to please the senses. Every region has a unique tradition and Chinese superstitions which are special to them. 2017 This year’s festival begins on Wednesday, October 4, 2017. The festival will be a 7-day event that the people attending will get a 3-day public holiday as well as the weekend to celebrate. This occurs about every 3 years; on the day of the month when the moon is at the brightest and roundest. This symbolizes togetherness and brings families together to celebrate the rice harvest. It’s a good luck, togetherness festival that the whole family can enjoy. 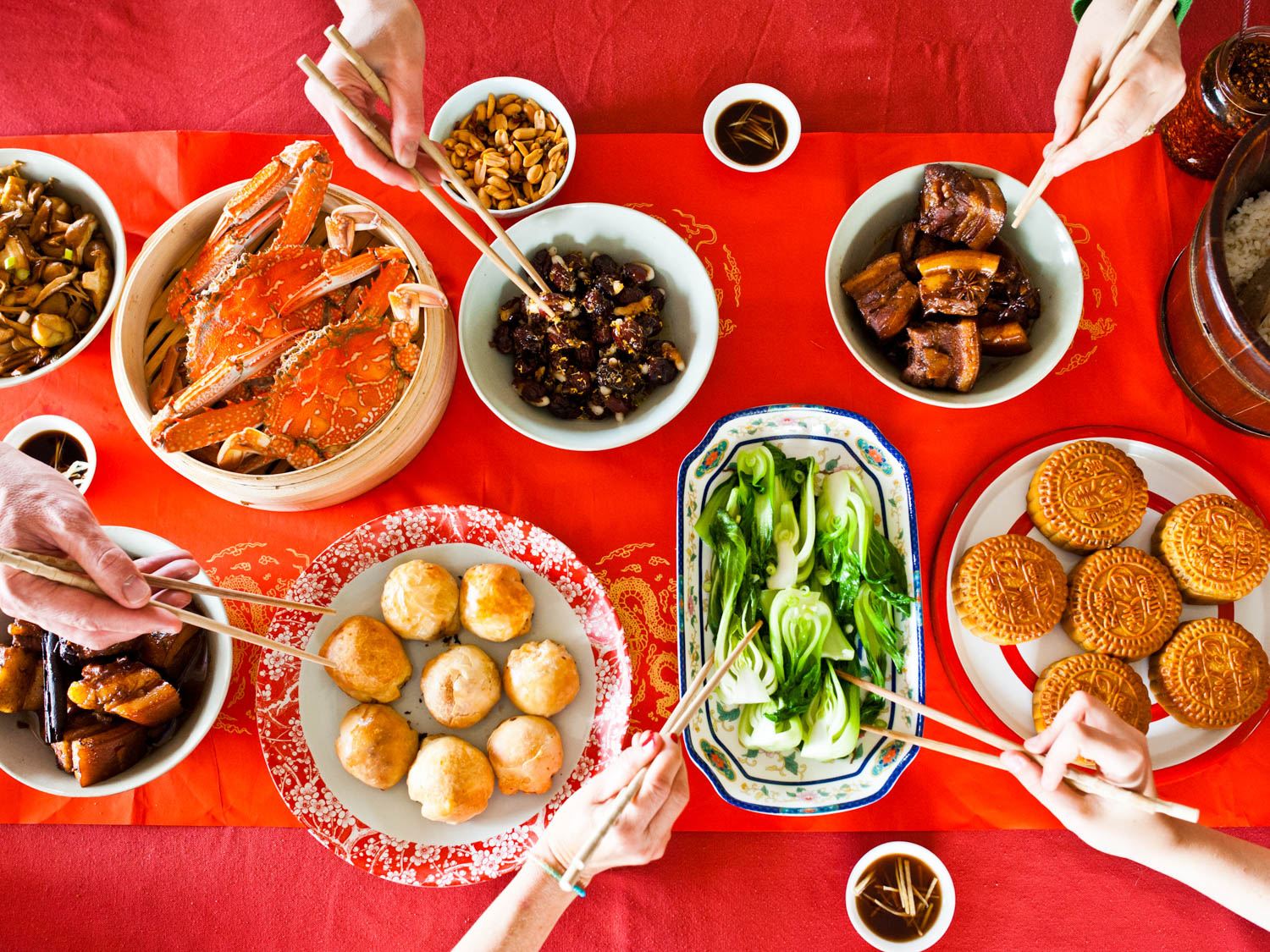 Mooncakes are a staple at the Mid-Autumn festival. Every home celebrating uses them as a sacrifice to the moon in honor of the festival. Traditional mooncakes are little round cakes.You can even make them from scratch or buy from a bakery. They have a filling that varies from an egg yolk filling to berries and nuts. They are delicious and also have lots of calories. A dessert many Chinese families in China look forward to. On top of the mooncakes, there are also a lot of other variety of food at a Moon Festival.

Some of the most common and favorite are;

These foodies are for the appreciation of the moon, the rice harvest and the moon goddess, Chang E.

No matter where the festival is celebrated, it is always accompanied with bright colors, great smells, and amazing food. It is a staple holiday in Chinese culture, that most families use as a family reunion. The 3-day festival is a way to thank and appreciate the moon goddess and her blessings as well as the Rice Harvest. Get out there and celebrate the Mid-Autumn Festival, it is almost here and the perfect way to spend the weekend with family.I hope you have fun Chinese language learning through the Chinese Culture!

Everything you need to know about Chinese wedding