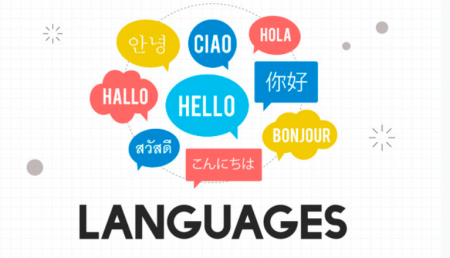 How to Pronounce Those Chinese Pinyin Sounds

Pinyin is a formal transcription system of Mandarin Chinese to the Romanian alphabet. Pinyin was discovered in the 1940s and became China’s language standard around 1958. Other than Roman alphabet transcription, pinyin practice is also used in teaching Chinese and as an input method when typing Chinese characters.

Enough of pinyin background, some people are afraid to try out Chinese pronunciation and view mandarin Chinese as hard to learn. Though the roman letters in Chinese pinyin are not entirely similar for English phonetics, mastering the Chinese grammar template pinyin system is not as difficult as you see it.

This article provides all the critical aspects on how to pronounce those Chinese pinyin sounds. It is much easier for English speakers to know pinyin than Mandarin Chinese to speak English. Chinese has limited new sounds from those that you already know in English.

However, due to the limited sound inventory, Chinese grammar template uses a wide range of tones to differentiate between words. This is often difficult for beginners who do not speak the tonal language as they are not used to listening for the pitch in a conversation.

How many letters in Chinese alphabets are there? Chinese has no letters unless the pinyin alphabet letters Romanization system. Pinyin has 26 letters, but their sounds aren’t similar to English.

Chinese pinyin vowel pronunciation is much easier than consonants. The vowels include, a e i o u ü, ai ei ui ao ou, ie üe er iu, an in un ün en, ang eng ing ong. These are delivered in the four tones. The sounds have no much difference from American English pronunciation.

Tones are marked on a vowel. The main vowel marks the tone of a word with more than one vowel. For example, the vowel ‘a’ appears first in the word Liao. It will hence determine the tone of the word. The four tones of the vowel ’a’ include ā, á, ă, and à.

The first voice has along straight and sustained sound; the second has an upward rising tone, the third has a low and curved tone while the forth has a falling tone.

Chinese pinyin keyboard has been developed to enable easy pinyin input while using smartphones and computers devices. The windows version comes with an already pre-installed pinyin language. You just have to change your language preferences and select ‘simplified china’ to add a pinyin keyboard.

A Chinese pinyin chart is an essential tool for every learner willing to refine pinyin pronunciation. The table contains every sound in the Chinese grammar template. And may as well be used to understand all the four tones of Mandarin Chinese pinyin.

The virtual class has whiteboard tools, video messaging, and pdf uploads to give you the perfect prebuilt online Chinese tutoring platform. The Chinese grammar template literature study will help in understanding the Chinese counterparts better, bridging the cultural gap and creating a knowledge platform which is essential for effective communication.

In conclusion, learning how to pronounce the pinyin sounds unlocks the rest of mandarin components. It is hence crucial for you to find your best pinyin pronunciation base before moving on to more challenges. There are a variety of methods that you can utilize to improve your pinyin pronunciation including YouTube videos, language partner, smartphone applications and individual practices. Many Chinese grammar template translation tools are also readily available. With this guide, it will undoubtedly get you to the next level of learning Chinese.