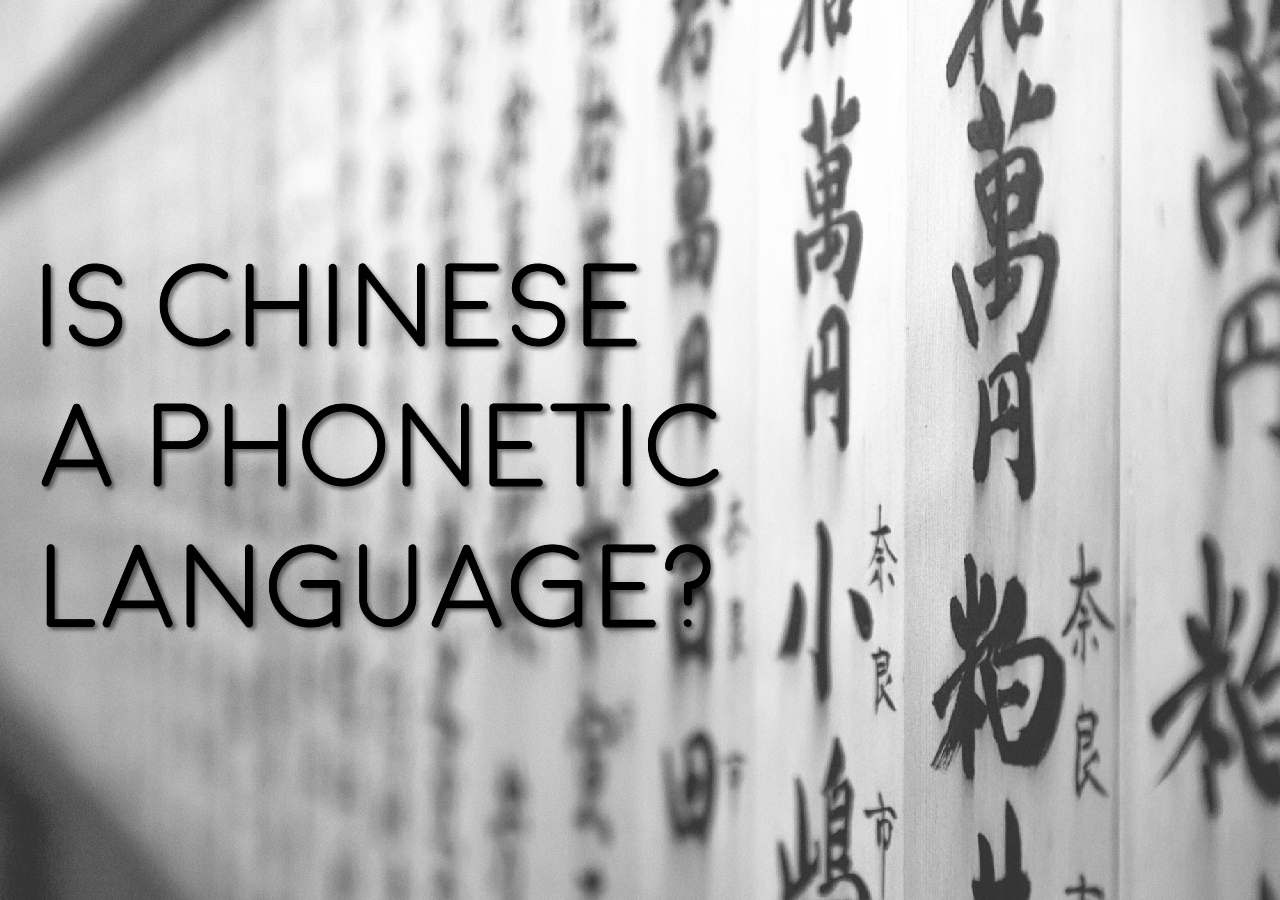 Is Chinese a phonetic language?

English speakers tend to have a lot of question about how Chinese as a language…. actually works. Is Chinese a phonetic language? What is the Chinese alphabet? How do Chinese learn their own language? Well, let’s go through these one at a time.

Chinese is NOT a phonetic language

Let’s state it clear off, Chinese is not a phonetic language. There are not 26 letters that you can learn the sounds of and then be able to pronounce every word in the language. Chinese is a pictorial language. Its “alphabet” is a series of pictographic symbols that have specific meanings for words. These pictures tell you a little bit about the pronunciation, but not everything. The Chinese character for a leaf is 叶, which kind of looks like a leaf. But also, the components that make up the word (called “radicals”) will only give you some hint about how to pronounce them.

How to pronounce Chinese characters?

So how is this word pronounced? To romanize it, aka put it into “pinyin,” would have “叶” pronounced as “ye.” Actually, it would also require a tone, making it “yè.” Every word has a sound, but these need to be memorized independently. Actually, a lot of words are homonyms and share the same pronunciation and sometimes even the same tone. In those cases, only the character is the defining characteristic.

How to learn Chinese and memorize characters?

For each word, you need to memorize multiple things.

So… it’s a demanding language. Demanding of memorization!

Hope this gives you some idea of the difficulty of learning a non-phonetic language and Chinese in particular. But, 1.3 Billion people have managed to do it, so it can’t be impossible. Start your Chinese learning journey today with TutorMandarin — all students get a free class with sign up. Cheers.

How to learn Chinese through English