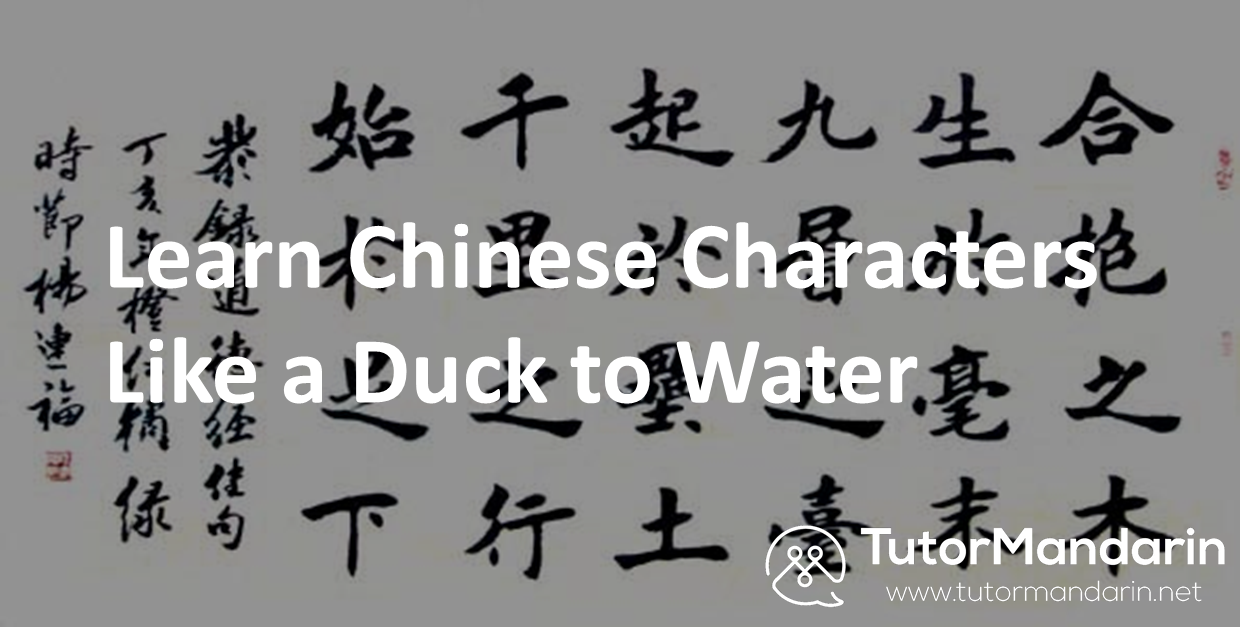 Chinese characters are probably one of the most complicated parts of Chinese language learning. However, it might be the main reason why some of you start to learn Chinese language or some who decided to back out from it. Chinese language is not like other languages that are pronounced the way how it’s written, you might know how to pronounce a word with pinyin but you might not necessarily know how to write it or how the character even looks like. For instance, It’s perhaps a little bit similar to French as they don’t really pronounce the ending of a word, while Chinese characters are even freakier than that. Let’s just stop here for a second. Don’t panic, take a deep breathe and listen. Here, we’re going to give you some tips about the best way to learn Chinese Characters and you’ll soon be like a duck to water!

Before we start, here’s another article about “How to Learn Chinese Online for Free,” including some great apps and other resources that you might find it useful! Sign up to our Free Trial for more information and start your Chinese language learning experience with TutorMandarin.

The first thing people learn in every language is its’ swear word.(check here for our swear word post! ) Ayyyyy!!!! No, no, no, wait a minute! It should be the alphabet, right? As you learn Spanish, French, German or any other language, we start from the latin alphabet first before even going into the part of introducing yourself. It’s the same in Mandarin, pinyin is the way how you pronounce the word. Then, there’s the melody like tones that made many beginners surrender. Try here to listen to some music and sharpen your listening skills without you even noticing it!

Chinese radicals are similar to the prefix, root, and suffix in English. While looking up words in a Chinese dictionary, you could look it up with pinyin(the pronunciation), the radicals and strikes (when you don’t know how to pronounce the word). Chinese radicals do help you remember characters. By knowing the radicals, it’s easier for you to remember the characters and even guess what a new word might means. Check here for more details about Chinese radicals.

No matter it’s in English or Chinese, the key to memorizing vocabularies is to know the meaning. Try to use your imagination and make up stories which make sense to yourself. Using radicals that we’ve mentioned before then connect the character with the radicals. For example, the word 休 xiū means “to rest”. On the left 亻it’s the radical means “human/ a person”, on the right 木 it’s also a radical means “wood/ tree”. Now all you need is to use your imagination. For example, a person is leaning against the tree to take a rest. It’s not that hard to remember after all, huh?

The key to master any language or skills is to keep on practicing. Especially for Chinese characters, it’s even more important to spend time to learn exactly how to write it. You could practice with apps like Zizzle and Skritter, or online flashcards Anki. Likewise, it’s better to use the writing keyboard instead of pinyin when you’re trying to type Chinese, just try to write as much as you can. In fact, all Chinese native speakers tend to keep on learning new characters even until high school. All in all, don’t get too stressed about the number of characters that you need to learn, just keep with it and don’t give up!

Learning Chinese characters might seem extremely hard at first but after knowing these basic tips, I’m sure you’ll be like a duck to water within a blink of time! “加油!” “Add oil” as we say it in Chinese, and don’t forget to sign up for our free trial to learn Chinese online.There’ll be more blogs, video, quiz, and music coming soon!