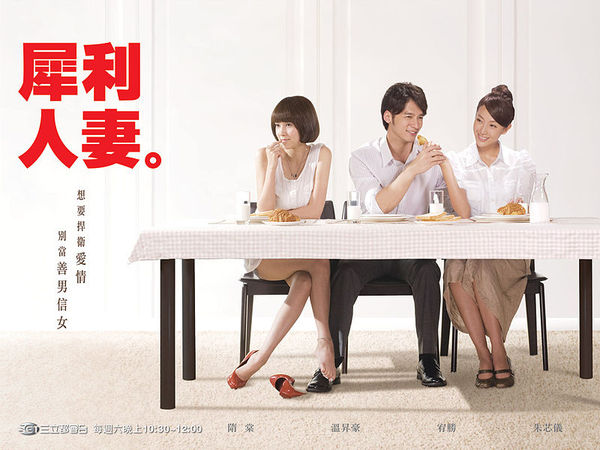 “The Fierce Wife”, one of the most popular and successful TV series in Taiwan.

“The Fierce Wife” (Chinese: 犀利人妻, Xī lì rén qī) is a popular Taiwanese TV series released in 2010. The drama is starred by main characters Sonia Sui (隋棠), Wen Sheng Hao (温升豪), Chris Wang (王宥胜) and Amanda Zhu (朱芯仪). “The Fierce Wife” was such a blockbuster that it was described as “the most talked-about TV show in Taiwan.” The new- coined term “Xiaosan” or “Little Three” (小三, Xiǎosān), meaning “the other woman” in the story, has become a popular and widely-used word thanks to the show. Not only “Xiaosan” but also may classic lines from the TV series became a hit and common-used sentences in people’s daily life.

After one year of its release in Taiwan, “The Fierce Wife” entered the Japanese market in 2011, renamed “Does Marriage Guarantee Happiness”. 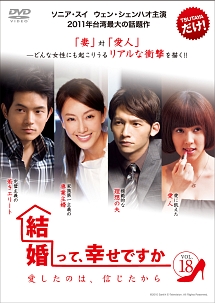 Let’s take a look at the opening credit song of “The Fierce Wife”. Also one of the theme song, “Five Days”(五天几年, Wǔ tiān jǐ nián) by Freya Lim (林凡) is popular due to the success of this show! There are also other theme songs on this TV series that best describe every emotional scene.

This TV series earns its popularity for a reason, you’ll definitely experience every feelings, anger, sad, sympathy, and also happy and sweet! If you are learning Mandarin Chinese and you love to watch TV series, please don’t miss this TV series. The English subtitles are available for almost every episode now! 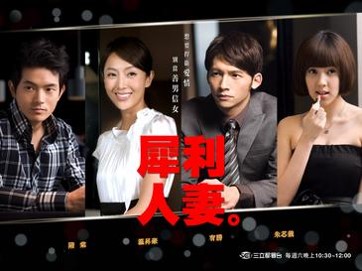 The series is about a happy wife Xie An-Zhen (谢安真), who loves and takes care of her husband Wen Rui-Fan (温瑞凡) and their 5-year-old daughter wholeheartedly. To An-Zhen, family always comes first; she’s naive, pure, virtuous and always thoughtful when taking care of people. One day, a distant cousin of An-Zhen, Li Wei-En (黎薇恩) comes back from America. Through An-Zhen’s mother, Wei-En visits An-Zhen’s home and indicates that she needs to stay somewhere for short period of time.

Always generous and kind to others, An-Zhen agrees immediately and invites Wei-En to stay as long as she wants. However, Wei-En and Rui-Fan gradually fall in love with each other and cheat on An-Zhen. Depressed and hopeless, An-Zhen was encouraged by Rui-Fan’s sister Rui-Xuan (瑞萱) to find a job, where she met her manager –  Lan Tien-Wei (蓝天蔚), who always look cold on appearance. With Mr.Lan’s help, An-Zhen determined to win her husband back by changing herself into more elegant, pretty and attractive woman. 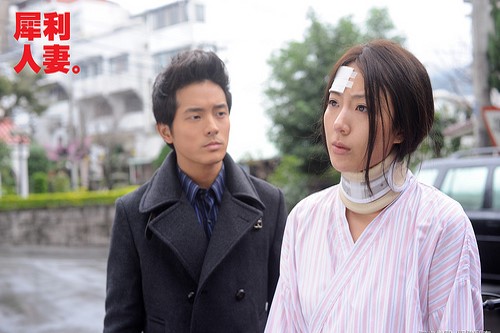 Mr. Lan strictly helps An-Zhen after she was too upset about her divorce. 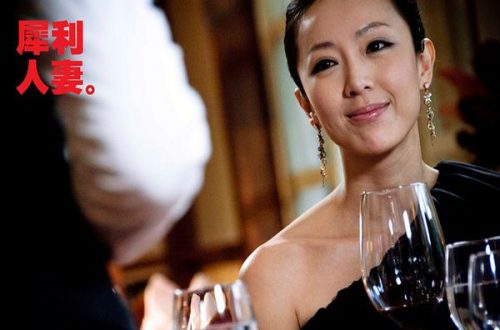 An-Zhen decides to change herself in order to defeat Wei-En.

However, after all these fighting and changes An-Zhen has made in order to win back her husband, An-Zhen realizes that maybe what she wants is not the past…

The 3-minute overview of “The Fierce Wife.”

After the TV series finale, the producer Wang Pei Hua decided to make it into a sequel film “The Fierce Wife: The Final Episode.”(“犀利人妻最终回:幸福男 ·不难“, Xīlì rénqī zuìzhōng huí: xìngfú nán bù nán) In the final film shows four years after An-Zhen’s divorce and her new life as a hotel manager. As in the TV series, there’s only ambiguous ending about An-Zhen and Lan Tien-Wei’s relationship that keep audiences guessing. 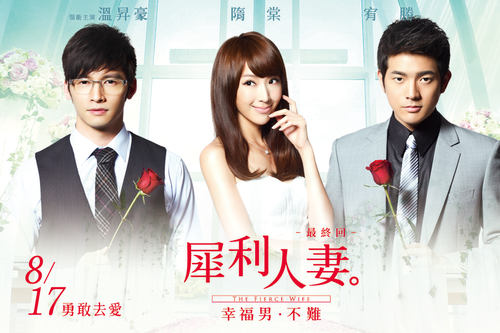 Don’t forget to stay tuned with our learn Chinese app, where you can find popular, trendy or classic Chinese songs, funny videos, movies and TV series recommendations! Learn Chinese with videos is definitely a relaxing way to train your listening and cultivate your interest. You are also very welcome to visit our Chinese language blog to find out more useful and interesting content about Chinese culture and language!

I Want To Learn Chinese