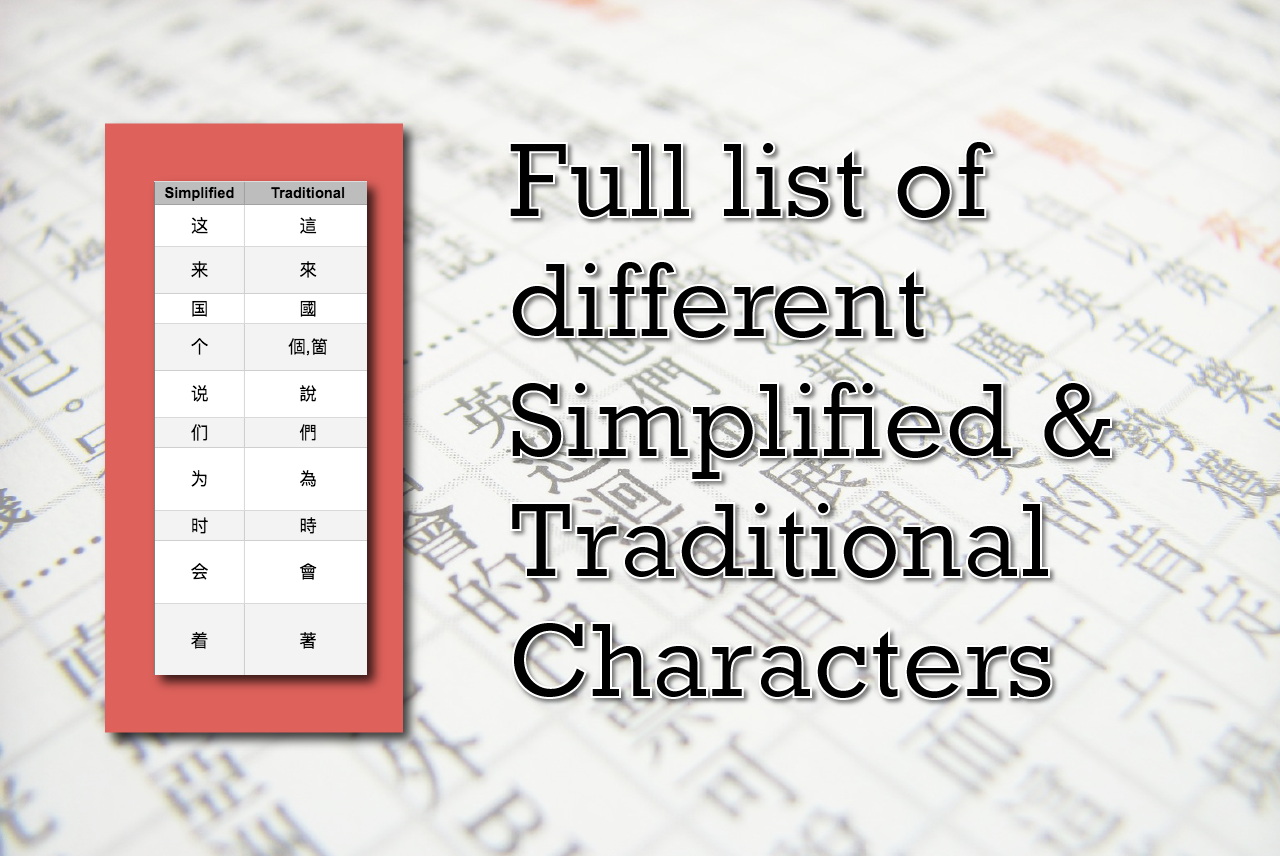 What is this list of different Simplified and Traditional Characters?

How to use it for learning Traditional or Simplified Character?

Feel free to study a few words at a time or make your own set of flashcards. This is a table made with google sheets, so you can copy it into your own excel at any time. Some of the words look similar already and you can maybe even read it correctly right off the bat. If you want to learn to write these characters, considering using a dictionary or writing apps like Hanping Chinese, Skritter, Zizzle, or DuChinese.

Who should use this list to learn Simplified and Traditional Characters?

Either way, if you’re learning Chinese, you can take courses with TutorMandarin in Simplified or Traditional Chinese. Sign up for your free class today to see if you like it!

How to write your name in Chinese? | The 100 Most Common English Names in Chinese