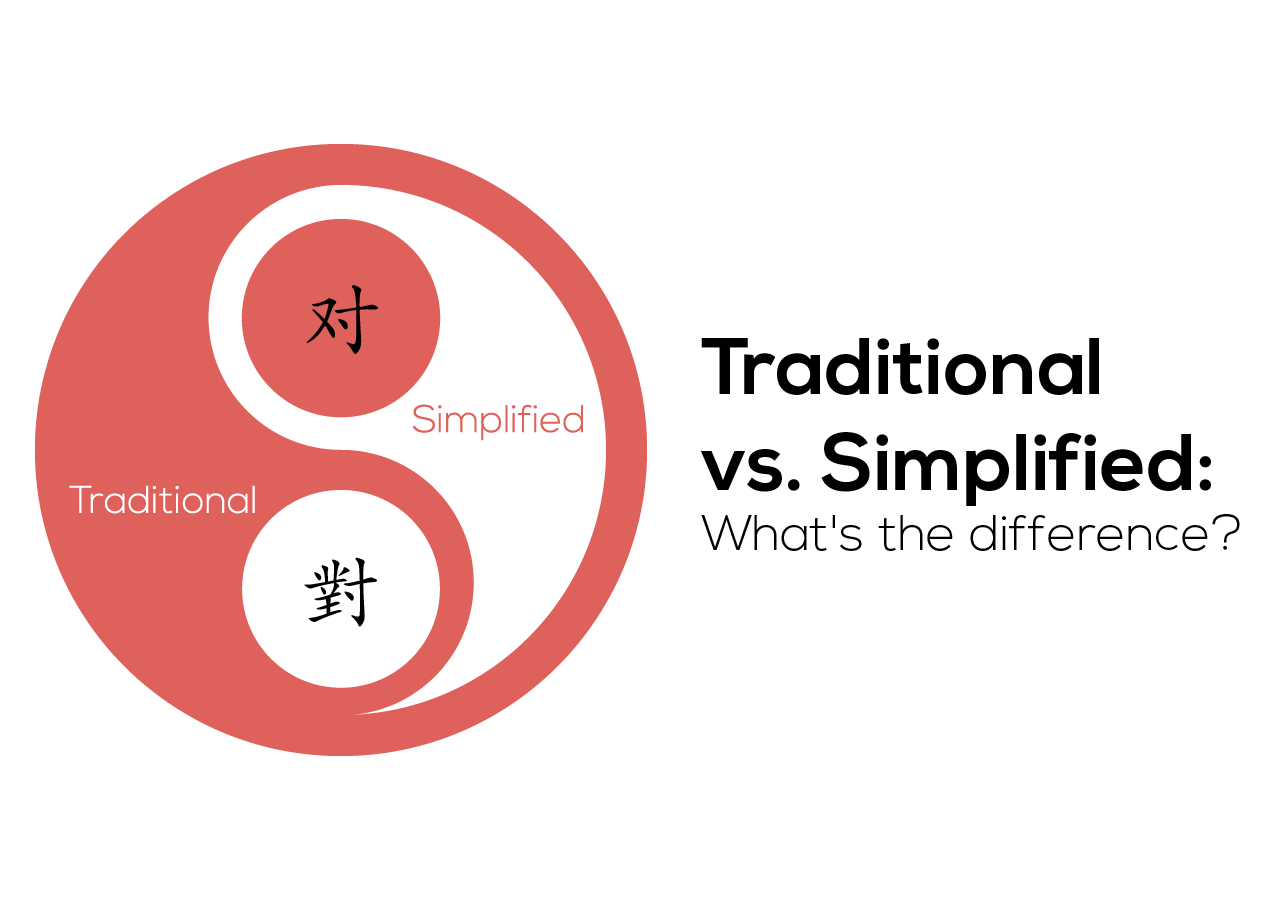 Before we explore traditional vs simplified Chinese, let’s take a look at the history. Listen to it explained in simple terms by our own education manager, Teacher Yao’An.

A short history of Simplified Characters

A long, long time ago there were only traditional Characters and that’s the only way Chinese was written. Academics proposed other systems, such as “simplified Chinese” but none were adopted until the 1950s in mainland China. At the time, the literacy rates throughout China were terribly low and the idea was that maybe this was related to how complicated traditional characters were. The idea was that using a system of simplified Chinese could make the language quicker to learn and more accessible to the common person.

The system was completed and adopted in the 1950s in mainland China and China has been using it ever since. Since China has a much larger population and economy, learning simplified Chinese character is often the de-facto way for foreigners looking to learn Mandarin. Plus, they are much more friendly to learn than complicated-looking traditional characters.

Which characters will you learn?