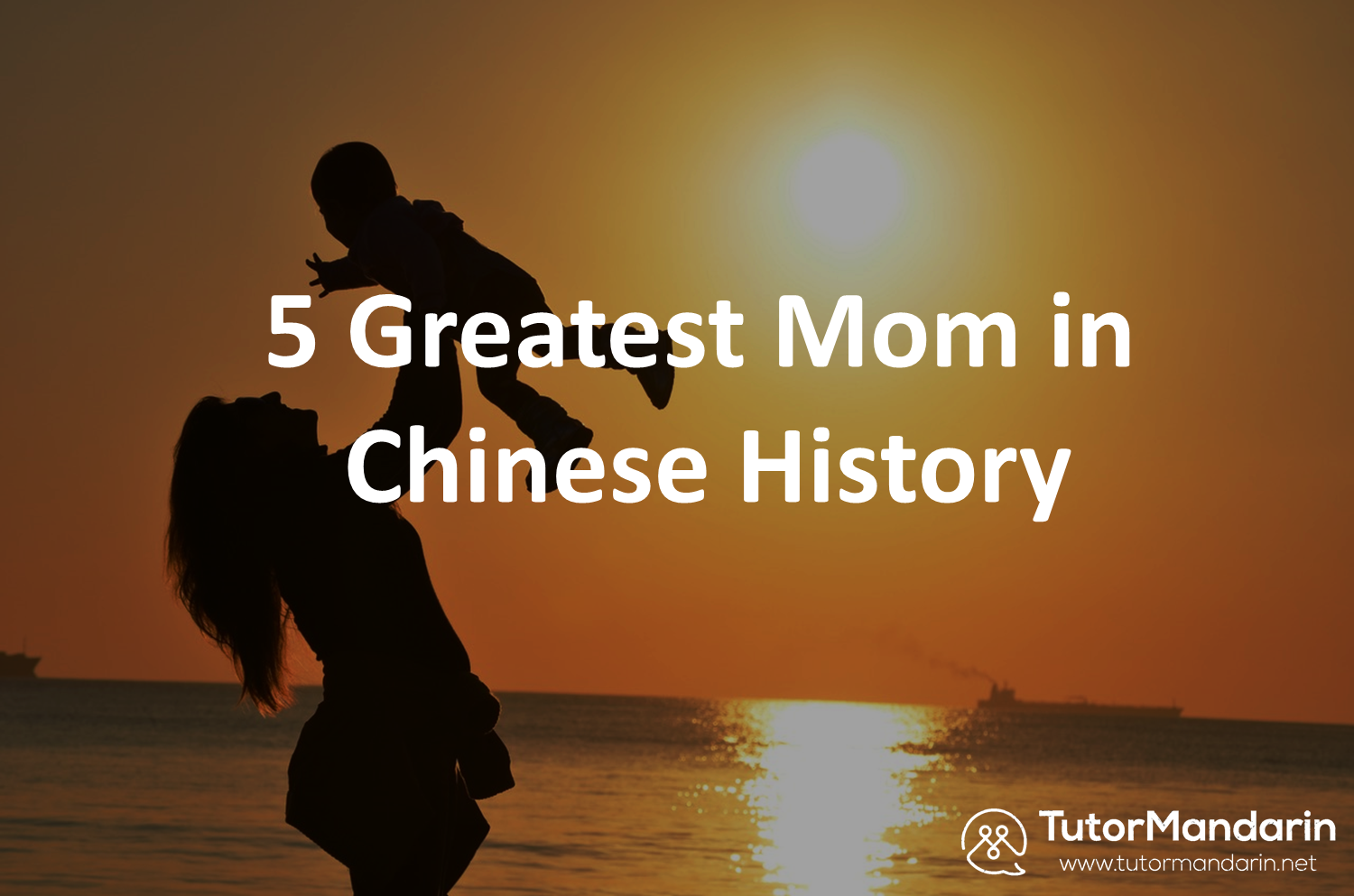 “A mother is the truest friend we have, when trials heavy and sudden fall upon us; when adversity takes the place of prosperity; when friends desert us; when trouble thickens around us, still will she cling to us, and endeavor by her kind precepts and counsels to dissipate the clouds of darkness, and cause peace to return to our hearts.”

The second Sunday of May is Mother’s day in most part of the world. Have you prepared any presents or cakes for your mom? Or perhaps a handmade card? Don’t worry, there are ways to show your gratitude to your mother. As saying “I love you” is the simplest way after all!

Today we will introduce top 5 greatest mom in Chinese history. All of their kids turned out to be such a successful man, their mother definitely takes credits for their accomplishments. Let us walk you through these incredible moms and celebrate Mother’s day together! Check out more posts about culture and history in Understanding China. For Chinese learners, check out our Chinese language learning blog. Of course, don’t forget to sign up and get a free 1-on-1 lesson with our professional tutor to learn Mandarin today. As a bonus, get free pdf learning kit with signup!

Confucius was probably one of the greatest educator and philosopher in Chinese history. But, did you know that his mother,颜征在 (Yan Zhengzai), was the one who raised and educated him all by herself? When Yan Zhengzai married Confucius’s father, she was 18 and he was 72. By the time Confucius was 3, his father passed away, leaving her mother and little Confucius without any support. Yan Zhengzai moved back to her hometown to raise her son. Her father was a scholar in the city which leads to her being a teacher herself to earn a living. She taught not only Chinese language, but arithmetic, chanting, rituals, and ceremony. Confucius was, of course, one of her students. Due to this, Confucius was influenced greatly by his mother.

Mencius is another famous Chinese philosopher after Confucius. One of the most well-known idiom 孟母三迁 (mèng mǔ sān qiān). This idiom refers to the importance of the proper environment to raise a kid. Mencius father also died when he was little, his mother raises him alone. At first, they were living next to a cemetery. Mencius took pleasure in imitating people, which he was imitating those grieving relatives. Therefore, his mother decided to move. Then, they lived next to a market in town. Mencius was imitating the vendors, which vendors are considered as a menial work. His mother decided to move again. This time, they lived next to a school, which Mencius began to study. After all, Mencius mother did undoubtedly have a great impact on his success.

Tao Kan is a great general in Jin Dynasty. Once when a friend of Tao Kan visit him, they were poor at the time and didn’t have anything to serve their guests. Tao Kan’s mother cut her hair and sell it to buy dishes that goes with wine. This is how the idiom 截发筵宾 (jié fà yán bīn) comes from. Tao Kan’s mother teaches him honesty, integrity, and also the right way to treat people.

Ouyang Xiu is one of the most influential poet and politician in Tang, Song era. His father also died when he was young. His mother started teaching him how to read and write at age 5. However, they are too poor to buy a pen or even a piece of paper, so she picked up a reed and write on the sand. She teaches Ouyang how to read and write with nature. After all, Ouyang was well educated enough to pass the big test to work for the government. This is the origin of another idiom 画荻教子 (huà dí jiàozǐ). Ouyang’s mom not only taught him how to read and write in their severe condition but also shaped him as one of the greatest poet and politicians in Chinese history.

Yue Fei was a general around the Southern Song dynasty. His father did influence him a lot but also his mom as well. Before heading out to fight a war, his mom wanted him to remember his duty 尽忠报国 (jìn zhōng bào guó). The literal translation is “serve the country with the utmost loyalty”. She then tattooed this phrase on Yue Fei’s back to remind him of loyalty and patriotism.

I hope you will now know how great a mother can be and be more appreciative of your own mother.Don’t forget to sign up our free trial to learn Mandarin and download the Chinese App for more Chinese language materials.