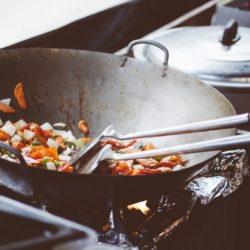 The Word “Chow” Where does the word “chow” come from? The word chow refer to food or rather anything edible that you’re going to make a meal out of. It is commonly used in the military in reference to meals. Colloquially, the phrase “chow down” means just to eat quickly and heartily. So what are the origins[…] 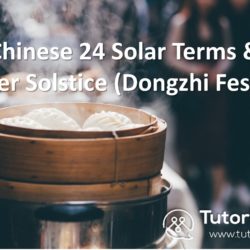 Winter’s coming in the Northern Hemisphere! And speaking of winter, there’s winter solstice, or midwinter, an astronomical phenomenon that has the shortest daytime and longest nighttime of the year. Winter Solstice in Chinese culture, also known as “Dongzhi” (冬至,  Dōngzhì), is coming this year on December 22nd, which would be one of the annual celebrated[…] 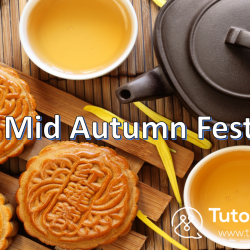 Chinese Mid-Autumn festival ( the Moon Festival ) Chinese mid-autumn festival (中秋节, Zhōngqiū jié) is the second biggest festival a the Chinese New Year. It is held on the 15th of August according to the Chinese Lunar calendar. Lasting 3 to 7 days, depending on the year and where it falls in the calendar. In[…] 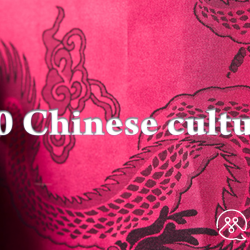 Top 10 Chinese Culture Facts You Should Know The Chinese have a rich culture which they have managed to sustain for thousands of years and they are still strong at it handing it down generations. While they have several beliefs and taboos they are keen to follow, there are some main culture facts one needs[…] 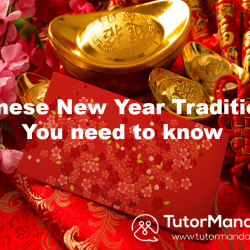 Chinese New Year Traditions You Need to Know! Have you ever been to networking event in Chinese countries and ended up being awkward, because you don’t speak or know anything about this foreign language or culture? Do not fear, after reading this post, I can guarantee that you will get an overview of the most[…] 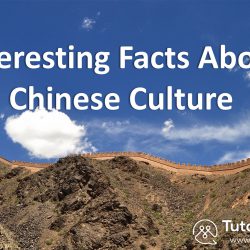 Are You Interesting Chinese Culture Facts? Are you curious about interesting Chinese culture facts? You may know that China has the world’s largest population, about 1.38 billion people, followed by India and US. For the record, one in every five people is Chinese. As the most-populated country, China owns a wide variety of cultures, traditions[…] 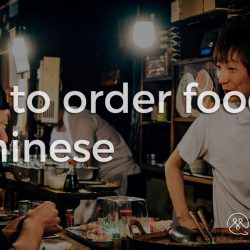 How to order food in Chinese? Food is deeply rooted in Chinese culture. For most Chinese people, socializing around food and mealtimes is very important, because their family life revolves around the dinner table. Besides that, Chinese dishes are famous around the world, which involve a wide range and variety of ingredients, based on the[…] 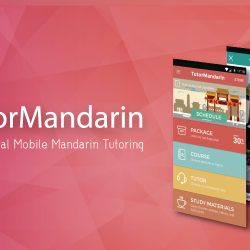 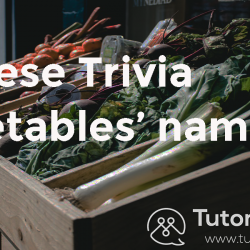 Learn Chinese Vegetables Names Learn Vegetables in Mandarin Chinese A lot of times with foods, translation don’t always work so well for a variety of reasons. Sometimes the food is regional or local, and China doesn’t naturally have that type of food. Sometimes, China has a version of that plant or vegetable that[…] 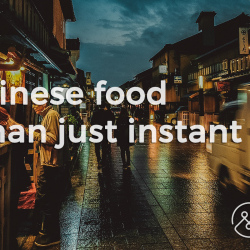 Chinese food list with pictures | The best Chinese dishes to order Some people who haven’t been to Asia before and thinking about going on vacation or even living in China, have prejudices about chinese food. Due to this TutorMandarin wants to introduce you some typical dishes and what foreigners might be aware of, to[…] 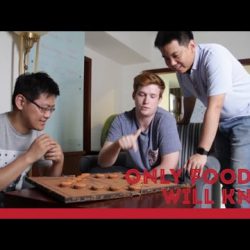 Foodies in China Know How to Eat Foodies in China seek new food experiences as a hobby rather than simply eating out of convenience or hunger. Typical foodie interests and activities include the wineries and wine tasting, breweries and beer sampling, food science, following restaurant openings and closings, food distribution, food fads, health and nutrition, cooking classes, culinary tourism, and[…]