How do you type in Chinese characters on the keyboard?

You want to know how keyboards or typing in the Chinese language works — since it’s done with thousands of complex characters instead of 26 letters. Here’s the best visual we can give you for now with an explanation.

Let’s say you’re typing on wechat or line on your Smartphone, which is, by the way, the most popular text message apps in Asia. If you open your keyboard, you’ll have several “Chinese keyboards” to choose from, based on your system setting. In the case of Chinese language learning, it is not going to only be for simplified characters — there are a few other methods for traditional characters. 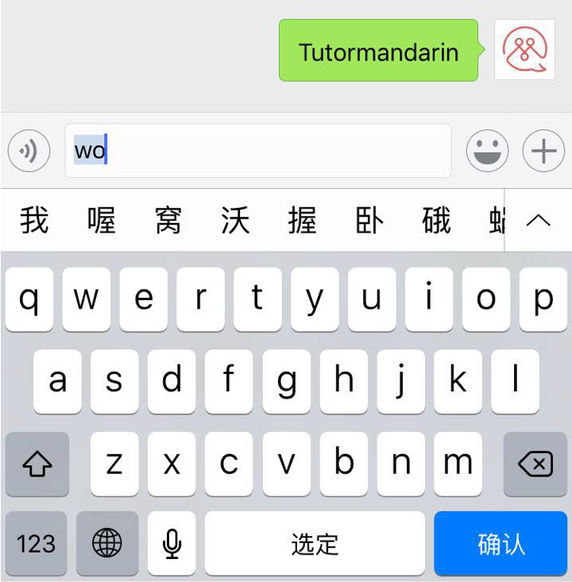 How to Type in Chinese “Pinyin”

Chinese pinyin uses the 26 English letters to mimic the sounds of the Chinese language and spell out Chinese words. Pinyin itself is a separate question, but essentially if you type in “wo” it sounds like the Chinese word for “me” or “I”. At the same time,to learn Chinese language which is a tonal language and has several words that sound the same — but with a different tone, the keyboard solution is the best. The solution is to list out the several “wo’s” in the top row above the keyboard. Then you can select from there. How to Type in Chinese Pinyin Faster

Naturally, it wouldn’t be that fast to type in this way. Luckily, you can type several words in a row (full sentences even) and the keyboard will autocorrect and assume a complete, correct sentence. So, you can type “wo hui jia” and that full sentence will appear on the above line. Also, if you mistype — the autocorrect will do it’s based (like the situation below). How to type in Chinese with Handwriting

The next keyboard option is to literally write the character on a blank square section. Chinese characters all follow a strict stroke order and a very balanced picture with specific placement for each stroke. The keyboard will do its best to understand what character you’ve drawn and again (like above) give you options for the either the word, sentence or autocorrect.

Note, while there is autocorrect for this is well — stroke order is very important and may be something frustrating to Chinese as a second languages learners. How to type in Chinese with strokes and radicals

Instead of writing the characters by hand, there’s another dictionary just full of the limited number of strokes available in Chinese. Pick strokes from the keyboard screen in the right order and the keyboard will help you along to construct characters and construct sentences.

Choose from those 5 strokes and you can make any Chinese Character.

What is the msot common way to type in Chinese?

These are 3 common methods of typing in simplified Chinese. Most western Chinese learners opt for the pinyin method (since English is more familiar to them) whereas older Chinese are so used to handwriting – they prefer writing the whole character out.

As we have mentioned before, there are other methods (traditional Chinese typically uses a ‘bo’ ‘po’ ‘mo’ method of typing) but this should be enough to open your eyes to some of the ways you can write Chinese with a keyboard!

If you want to learn Chinese and how to use Pinyin, check out our Homepage of TutorMandarin. We offer special Pinyin courses for Newbies. Not convinced?