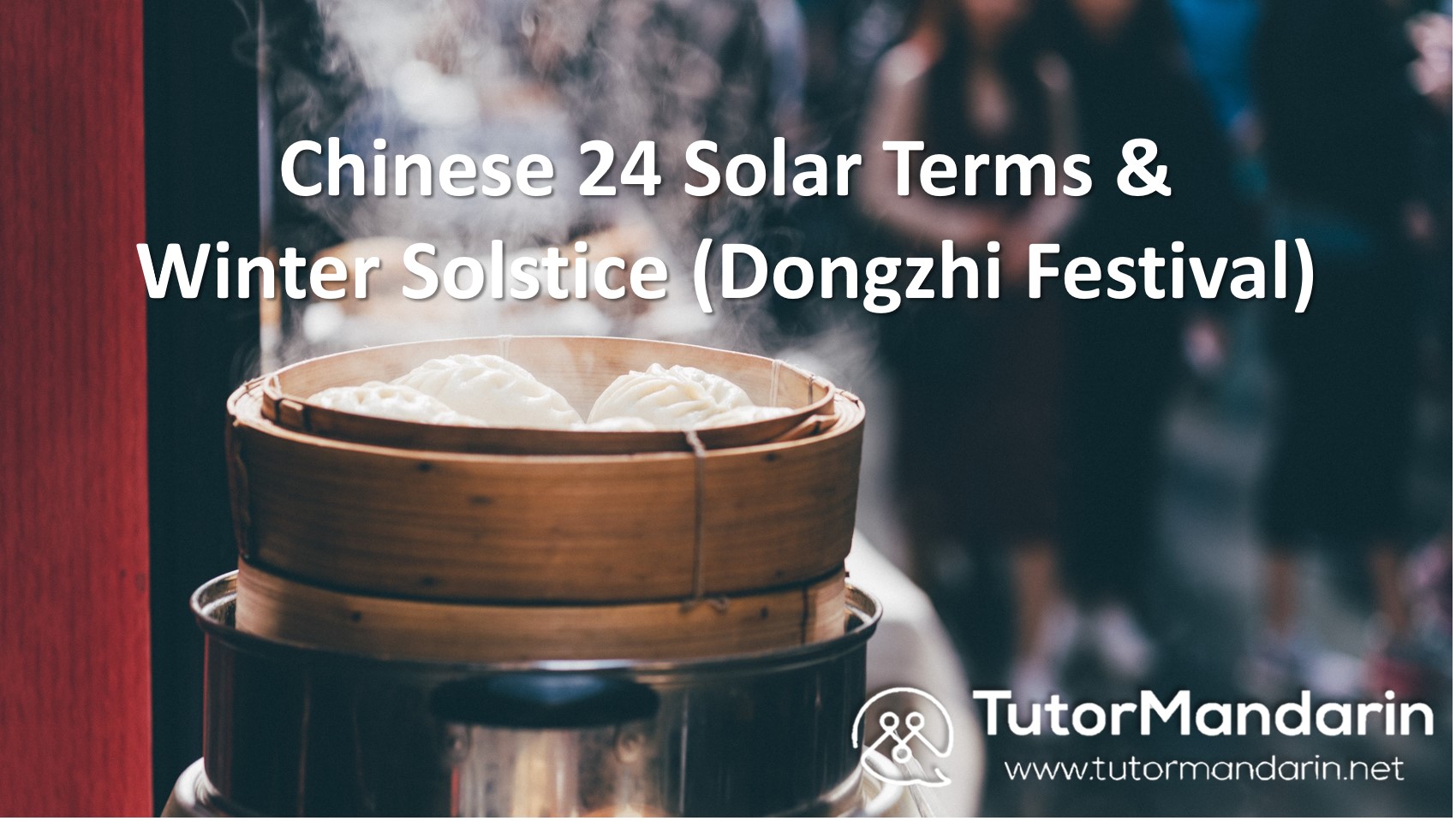 Winter’s coming in the Northern Hemisphere! And speaking of winter, there’s winter solstice, or midwinter, an astronomical phenomenon that has the shortest daytime and longest nighttime of the year. Winter Solstice in Chinese culture, also known as “Dongzhi” (冬至,  Dōngzhì), is coming this year on December 22nd, which would be one of the annual celebrated festivals for Chinese people. The word “Dongzhi” in the Chinese language literally means “Winter arrives.”

Winter Solstice – One of the 24 Solar Terms in Chinese Calendar

The 24 solar terms (二十四节气, Èrshísì jiéqì) originated in China and now is spread to other Eastern Asia Taiwan, Japan, Korea, etc. In the Chinese calendar, the 24 solar terms classify each season into six phases matching with the specific periods of time. For example, in Spring, there is “Start of Spring (立春, Lìchūn)”, “Spring Rain (雨水, Yǔshuǐ)” in February, “Awakening of Insects (惊蛰, jīngzhé)” in March, and so on. The Winter Solstice, too, is one of the solar terms in December.

So why did Chinese ancestors invent this 24 solar terms with the specific date matching with the climate conditions? In ancient China, farming is the main activity which climate and weather take important roles. Therefore, the ancient Chinese observed the changes of the moving positions of sun and moon, realized the regulation of climate and weather conditions, and divided the year into 24 periods. The detailed natural phenomenon of each term is recorded and served as a principle when people’s farming, fishing, and even what to eat to make people healthy, even nowadays.

What to Do in Chinese Winter Solstice

Family Reunion, A Bowl of Hot Tangyuan, in the Cold Winter

At the beginning, people winter solstice in order to appreciate the rich harvest at the end of the year. Nowadays, Chinese people celebrate winter solstice by eating some specific food. In Taiwan and southern China, people celebrate this day by eating tangyuan and going back for a family reunion. Similar to the Chinese Mid-Autumn festival, the Winter Solstice is also the day of the family reunion. 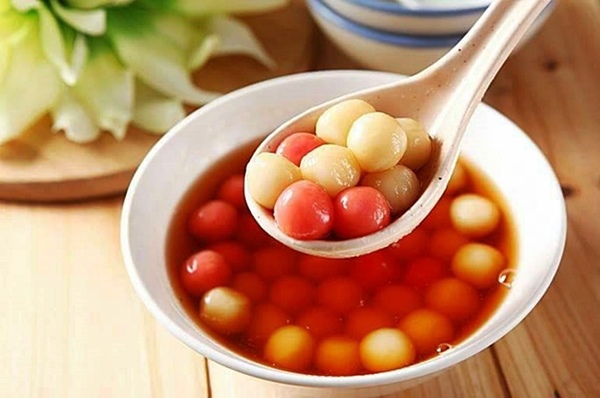 The red and white tangyuan of Dongzhi represents family unity and prosperity.

Tangyuan (汤圆, Tāngyuán) literally means “soup balls”, some may call it “sweet dumplings”, is a Chinese dessert that made from Glutinous rice flour (糯米粉, Nuòmǐ fěn). Some tangyuan have sesame and peanut butter as fillings,  some have salty meat or vegetables as fillings. There is also tangyuan that has no fillings, which are usually smaller than those do have fillings inside. The typical tangyuan for winter solstice is small ones in red and white colors. The two colors symbolize family unity and prosperity.

As mentioned, the Dongzhi Festival is one of the festivals for the family reunion. Eating tangyuan (汤圆, Tāngyuán) is an important symbol of “reunion (团圆, Tuányuán)” not only because of the similar sound but also its round shape. Just like the full moon symbolizes family reunion, Chinese people really love the idea of “round” things and words.

Getting One Year Older after this Bowl of Tangyuan

Another interesting thing about eating tangyuan on winter solstice is that parents always tell their kids that if you finish one bowl of tangyuan, you’re one year older. In many schools in Taiwan, it’s popular to hold an activity for the children to make tangyuan led by the teachers; then eat their handmade tangyuan together afterward. 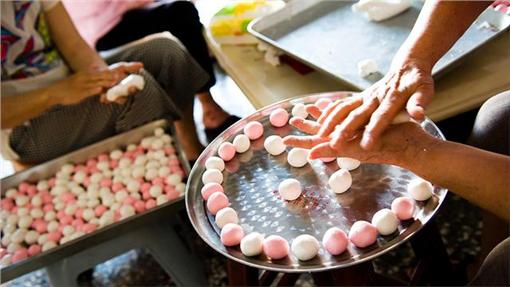 In Northern China like Shandong Province, dumplings (饺子, Jiǎozi) are a must for Dongzhi Festival. Some may eat wontons on that day, too. In Southern China like Sichuan, people enjoy a table of mutton feast and having the hot mutton soup with their family on this day. In Suzhou, it’s popular to drink brewing wine on the winter solstice. More specifically, Suzhou people drink “Winter Brewing Wine (冬酿酒, Dōng niàngjiǔ)” and they would take a long line to buy the wine before the winter solstice. 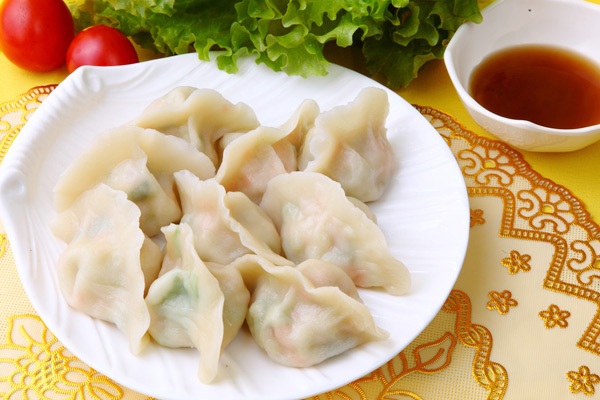 Dumpling is a must especially in Northern China on Dongzhi Festival.

Chinese Dongzhi Festival has different celebrations varies between regions and countries. What makes this winter solstice so special is that it’s nearly the end of the year; originated from the history which gave appreciation for harvest, it is now an important culture for family members to reunite and have some warm food together on this day. To know more about Chinese culture, language tips, and trendy topics, please stay tuned on TutorMandarin Chinese blog!

Where does the word “Chow” come from?

You Are How You Eat – Chinese Table Manners