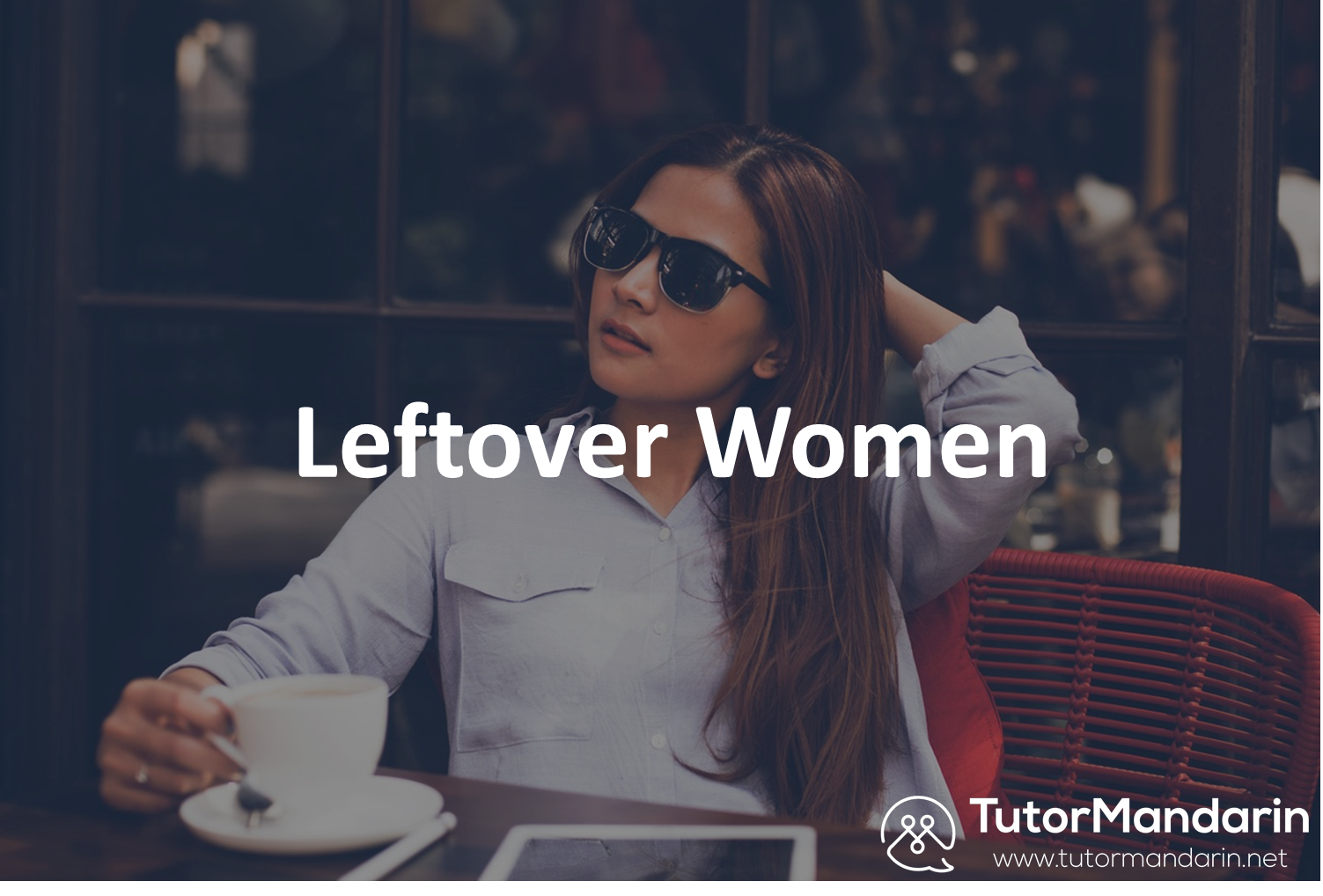 In most parts of the world, women are still living under a lot of stereotypes. For example, women should get married around their twenties and have a baby around thirties. Women should do housework, stay home and take care of the child, women should…etc etc etc. In the 21st century, it’s still hard to change some old fashioned ideas and ways of thinking. Today, we’ll talk about the origin of the term “leftover women” and how people deal with this term in China.

Interested in other topics like traveling, music, or some useful phrases and conversations? Don’t forget to check out our Chinese language blogs. Also, sign up for our free trial to start your Chinese language learning journey now at TutorMandarin and download the app from Google Play.

What is a “Chinese Leftover Woman”?

Sheng nu (剩女; shèngnǚ; common translation: “leftover women” or “leftover ladies”)  This term is used, prominently in China, on women who remain unmarried in their late twenties and beyond, also known as the 3S (Single, Sensitive, Stuck). In Japan, “Christmas cakes” refers to unmarried women aged over 26. (meaning, nobody wants it after the 25th) Meanwhile, “New Year’s noodles” refers to single women aged over 32. (meaning, nobody wants it after the 31st) “败犬” (bài quǎn) meaning unmarried women aged over 30. “鲁蛇” (lǔ shé)  is directly translated from English “Loser”. “单身狗” (dānshēn gǒu) means single people are like dogs, eager for caring.  Of course, these are really mean ways to refer to unmarried women or single people.

People even leveled it into 4 stages.

In Chinese culture, the goal in life is marriage and children. Once you’re married, your life is successful. On the contrary, if you don’t have a child and remain single, you’ll be viewed as a “loser” in life. Leftover women may have started as a meaning of just someone unmarried over the age of 27, but has gone on to mean and express much more than that. Failure to find a husband is due to main reasons — overly high expectations for marriage partners — for one. A lot of pressure and stereotypes on these older unmarried women.

“Before people thought women should marry early, otherwise they are left over,” said a college student in Shanghai. “But now, it’s OK if women put their career in first place, marriage in second or third place.” Women are more free, able to live independently. This phenomenon is largely accredited the growing educated middle class.

China’s newly abolished one-child policy revealed society’s great preference for a boy over a girl. The sex-selective abortions led to a disproportionate gender imbalance with approximately 30 million more men than women. In fact, by 2030, up to one out of four men aged over 30 will be single and unmarried. For this reason, the party currently sees this as a threat to social stability, meanwhile, putting pressure on unmarried women.

With the number of unmarried men in China soon to reach the population size of Australia, fewer women are feeling the threat of the feared title hovering over them. Instead, for Chinese women, the scarcity means they increasingly hold the cards in the marriage market and can afford to wait longer before settling down.

Being single is not a sin

The SKII ad touched numbers of women in China. “I am a single girl and I needed to see this ad, to tell me that I am not alone and I am not wrong for my choices. One can be happy without a man. We have not wronged others, then why shouldn’t be punished for our choices in life ?” said a woman in Beijing. In other words, it’s ok to be single and spend more time with yourself. Figuring out who you are and who you want to become. After all, this is could count as the first step for their women rights, the rise of feminist.

Marriage isn’t everything. No more arranged married, or rush into married just because of your family. Take as long as you need to make your decision. It’s your decision, your life since you only live once.

11 Crucial Chinese Phrases You Must Know